In the aftermath of the white supremacist terrorism at Charlottesville, all the monuments must fall. The murder of Heather Heyer was prompted by the proposed removal of a statue of Robert E. Lee. These statues are material nodes in the network of white supremacy.  They  are the visible form of the established order of racial hierarchy. No longer “unseen,” they are active and violent in and of themselves. The work of decolonizing has been by-passed and now it has returned with a vengeance. Taking our cue from South Africa, they must now fall. When I first wrote this post on Sunday August 13, it was in hope. That Monday, August 14, people in Durham, North Carolina, came to the same conclusions (entirely separately, as far as I know) and pulled down the Confederate memorial in their town. It’s on.

The Charlottesville statue in question is a 1924 equestrian monument to Robert E. Lee designed by Henry Merwin Shrady and finished by Leo Lentelli. Shrady, a New Yorker, had designed the Washington DC memorial for Ulysses Grant. His statue of George Washington is in Grand Army Plaza, Brooklyn. In the 1996 application to place the statue on the National Register of Historic Places, no historical claim relating to the Civil War was made. Rather, the work was held to be an

Which is to say, it’s not that important, really, as a sculpture. It has no historical value because it was not made in the period in which its subject was alive and the artists had never met Lee. As a work of art, it is derivative, and in poor condition. Other, better works by Shrady remain in place.

The statue was dedicated in 1924 after three years of organizing by the KKK in the area. The ceremony was organized by “the Confederate Veterans, Sons of Confederate Veterans, and the United Daughters of the Confederacy.” Lee’s great-granddaughter pulled away a Confederate flag to reveal the sculpture. And then the sculpture began its work as part of the unseen operations of enforcing consent, what Frantz Fanon called “the aesthetics of respect for the established order.” Military ceremony is key to these aesthetics, as are these usually “unseen” monuments, testifying here to the naturalizing of white supremacy.

the whiteness of statues

Consider the statue in itself. Formally, the sculpture evokes that of Roman emperor Marcus Aurelius, whose Meditations were one of the books Lee took with him to war. The 1895 US edition was dedicated to Lee by the English translator. Trump’s defense secretary Mattis also carries the book with him. White nationalism sees itself as embodying the legacy of Rome. The violent polemicist Richard Spencer has even imagined Trump’s regime as a new Roman Empire.

As so often, there is also a racist dog-whistle here, made visible in the film Django Unchained–the purported unlikeliness of an African American riding a horse.  The statue is intended as a portrait of Lee’s horse Traveler. It marks the dominion of whiteness over both inferior races and non-human “brutes.”

Other than Lee’s name, the statue has no contextualizing or historical information. The content of the statue as an art work is thereby expressed through its form. It is, to use the American semiotics of Charles Sanders Peirce, only loosely indexical because it was made from illustrations and photographs. While Lee may be a key figure in the Confederate imaginary, the sculpture is not iconic in the strict sense that it shares qualities with Lee. It is strongly symbolic, not of Lee as a person, but of white supremacy.

That whiteness is both overwhelmingly visible and not present. Statues have been used in polygenic natural history for two centuries. In this now-discredited view, there are multiple species of humans, who exist alongside each other in a ranked hierarchy. At the top, as illustrated Julien-Joseph Virey’s Natural History of Man (1801) were Greek sculptures, representing whiteness.

This idea was widely circulated in the United States and was used extensively in pro-slavery positions.

In the past, I’ve made fun of this, pointing out that no actually existing whiteness can be found, only statues. But now I see it differently. Classically-influenced statues can be found across the Atlantic world. They form a material network of whiteness, one of its fundamental infrastructures. Whiteness does not adhere to any particular aspect of these sculptures but rather to the entire monument.

In the case of Lee, there was a debate as to whether the base of the sculpture was sufficiently large. At the unveiling, a speaker agreed but said:

Let it stay that way. The planet as a pedestal would be too small for Robert Edward Lee.

“Whiteness,” said Du Bois two years later in 1926, “is ownership of the earth for ever and ever, amen.”

It was only after the murder of Trayvon Martin in 2012 that local people began to ask questions, leading to the base of the statue being tagged “Black Lives Matter” in 2015 (still visible in the photo). Earlier this year,  young African American Vice Mayor Wes Bellamy led a movement to remove the statue, despite a persistent campaign of harassment led by Justin Kessler, who also organized Unite The Right.

The resistance has been persistent, first legal and now violent. For the statue is doing new work.  The Trump administration is dominated by white nationalists (Bannon, Miller, Sessions) and generals (Kelly, Mattis, McMaster). Monuments like Lee’s naturalize the connection between the extreme right between white supremacy and war.  This articulation has reached a new degree of tension in the unlikely conjuncture of North Korea and the murder of Heather Heyer. At all costs, it must not become naturalized.

So far more is at stake here than the classification of a second-rate sculpture.

On my first visit to Berlin some years ago, I went to the Reichstag. I’m of Jewish descent and so I was startled to see the racialized inscription Dem Deutschen Volke (The German Race) still in place. It gave me some sense of what a person of color might feel when confronted with a statue like that of Lee. At that time, I thought to myself: “We’re still here, you lost.” On Friday, white supremacists at the University of Virginia chanted, as if in response: “Jew Will Not Replace Us.”

The slogan was coined by the fascist website The Daily Stormer, which translates the title of the Nazi propaganda sheet Der Stürmer. In the chants, “you” and “Jew” were interchangeable, just as “us” also stands for US. The replacement of the statue by “you” (the racially inferior from African Americans to Jews and more) was understood as a challenge to be resisted by force.

What, though, if anti-fascists took “replace us” as a challenge? Not “replace white people,” because many of us are white. But the statues. It’s time to say “all the monuments must fall.” Because it’s the form that sustains white supremacy, not just the individual objects.

While some people are not able to engage in the street contestations, many academics, artists and activists–the kind of people I imagine might be reading this–know of such monuments in their cities and campuses. It’s time to take action against them not as individual “works” but as a class–these are violent and dangerous objects.

Putting them in museums is not in and of itself a solution. The Elgin Marbles are the epitome of classical whiteness and colonial power. No British government has imagined returning them to the empty museum that awaits them in Athens. To do so would be to finally end the colonial imaginary in the UK. Or at least admit that it was time to do so.

There would have to be a new way of displaying these immense objects in the circuits of power, knowledge and aesthetics that sustained the established order of white supremacy, without accidentally allowing the statues to continue to do that work.

In Germany, I do not remember seeing any statues of Nazi-era generals or politicians. There was a minor rehabilitation of the Nazi sculptor Arno Breker in the 2000s  and now US neo-Nazi websites have posted extensive galleries (caution: highly offensive website) of his work, including a portrait-bust of Hitler. In other words, these things are hard to contain.

Any such action would be an expansion and extension of the #Fall movement in South Africa that began with the removal of the statue of Cecil Rhodes from the University of Cape Town and expanded to defeat the government over proposed tuition increases in #FeesMustFall. Now the agenda is to decolonize the curriculum.

In following the South African lead, those of us who are identified as white and/or as intellectuals need to heed a warning. At the end of the challenging 2016 film Metalepsis in Black about #FeesMustFall, a Black South African student speaker (above) castigates those academics and intellectuals who write about the movement but do not participate. She says:

It’s no longer good enough to write…It’s time to take bolder action…We do not need your sympathy, we need action, real action.

The Durham activists heeded that call. They did not hear it directly. When there are social movements, they create a counter-power that has its own “common sense.” In Durham, that lead to direct action. So far, no one locally appears inclined to criminalize it. In Lexington KY, the mayor has directed that Confederate memorials be moved to a site where they can be repurposed. Let there be diversity of tactics. But recognize that it was direct action that created the possibility of that diversity.

The statue brought down in Durham was also dedicated in 1924, at a time of “unprecedented growth” for the Ku Klux Klan in the state. I suspect the national Klan resurgence in the 1920s sparked a wave of such memorials. Whereas the Charlottesville statue had some B-list claim to artistic merit, the Durham one is far more interesting fallen than it ever was on its pedestal.

Yet no sooner had the statue fallen, than certain elements on the white left began decrying the action. So once again: the Fall movement does not erase history, it reveals it. In this case, we are learning that Ku Klux Klan activism created and engaged with the 1920s Confederate memorials, which I at least did not know before. If these statues are not “just” in defense of white supremacy but in active support of the Klan, is there still a case that they should stand? Really?

The work ahead is not limited to the former Confederacy by any means.

Here’s a memorial to Lee on General Lee Avenue in Fort Hamilton, Brooklyn, NY. The Army has consistently refused to change the name, and did so as recently as last week. It might be time to ask again in whatever way necessary.

There will be retaliations, as there were in South Africa, by white nationalists, like the attack on Boston’s Holocaust memorial yesterday. Already we’re seeing the so-called “respectable” Republican right trying to cauterize its connection to white nationalism. Partly they want to isolate and undermine Trump and partly they know that being on the side of Nazis and Holocaust memorial vandals is not acceptable, even to whites that go along with dog-whistle anti-blackness. So this assault raises issues for those identified as white.

When statues fall, it opens the way to re-thinking the infrastructures of racial hierarchy, as we saw in South Africa. Rhodes Must Fall became Fees Must Fall became Decolonize. Here the intersectional issues of reparations, the abolition of mass incarceration, respecting the treaties with Indigenous nations are both clear and seemingly far from being attainable. When I look at the three young African Americans in Durham raising Black Power salutes next the fallen Confederate statue, they suddenly seem a little closer. 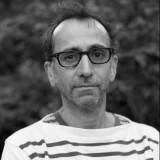